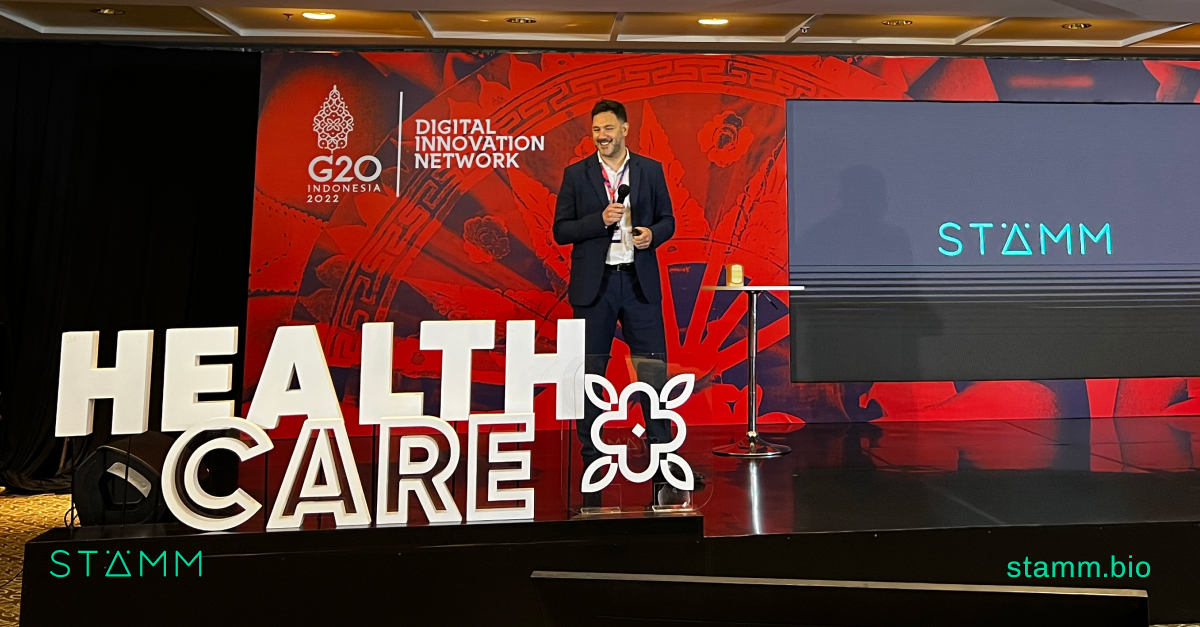 The G20 is an event that resonates worldwide. Perhaps not all of us know exactly what it’s about, but most people have heard of it.

Also known as The Group of Twenty, it’s a global cooperative forum that addresses the most important aspects of the international economic and financial agenda.

Together, these countries account for about 80% of GDP, 75% of world trade, and 60% of the world’s population.

Every year, the G20 hosts the G20 Digital Innovation Network, which is a first-class event whose objective is to share knowledge, promote conversations and create enriching relationships between key players at a global level such as startups, venture capitalists, and political and corporate actors.

This year the second edition of the event was held, from September 2 to 4, in Bali, Indonesia. We are proud to have been invited, for the second consecutive year, to such an enriching space.

Our Business Development and Commercial Strategy Leader, Román Ortega Bianchi, told us about his experience after having participated and represented Stämm in the G20 Digital Innovation Network.

To participate, each Foreign Ministry or Ministry of Foreign Affairs chooses the most prominent startups within the entrepreneurial ecosystem of the G20 member countries. They ask a selected group of startups to apply, and those who meet the requirements (innovative character, global impact in different key areas, and global scalability) are chosen to attend.

One of the most interesting things about being selected is that we didn’t really meet all the criteria. However, what we are doing is so revolutionary that it made up for that and justified our presence at the G20. At least, that was how I perceived it.

The event represents a unique showcase for startups, exposing them to a global ecosystem of key players. It seeks to promote and support startups that are trying to contribute to changing the world from different approaches.

There are thousands of opportunities for startups to show what they do and how they do it, for example, congresses in which the startup seeks to participate. On the contrary, this was an invitation to be part of a selected group, which indicates that we are on the radar of very influential people, thus placing us in a unique status. Regardless of the political position of each G20 member country, they all share the vision of supporting and promoting startups that they believe will change the world.

Stämm participated in the Healthcare category.

I focused on explaining the huge problem we are tackling, and how we plan on solving it. Today, one of the most significant problems in the biomanufacturing industry is the lack of installed capacity to produce biomass, for example, vaccines, monoclonal antibodies, or gene therapies, among others. This problem was highlighted more than ever during the COVID-19 pandemic. Changing this can be vital, which is why we seek to make bioprocesses efficient, fast, and scalable. To achieve this, we need continuous production systems. How? using microfluidics and 3D printing.

Along the way, we encountered some obstacles, which we decided to solve in-house. This led to the creation of technologies that started as tools for the development of our main product (The Bioprocessor) but evolved to become products of their own. Two clear examples are our Sclereid 3D printer and Cäster -the associated design software.

What we are proposing is accessibility so that bioprocesses reach many places, faster, and more economically: biomanufacturing everywhere.

Something very important that I noticed was the relevance that we were given, after the storytelling we used to present the company, considering that it is very difficult to explain who we are and what we do.

The repercussion of this is to have impregnated people with a highly relevant message: we are going to change the world. We managed to transmit this message correctly since people understood its relevance. And by people, I mean people from different verticals such as judges, other startups, and political actors, among others.

I got the feeling that we did great, and above all, that we are making ourselves known.