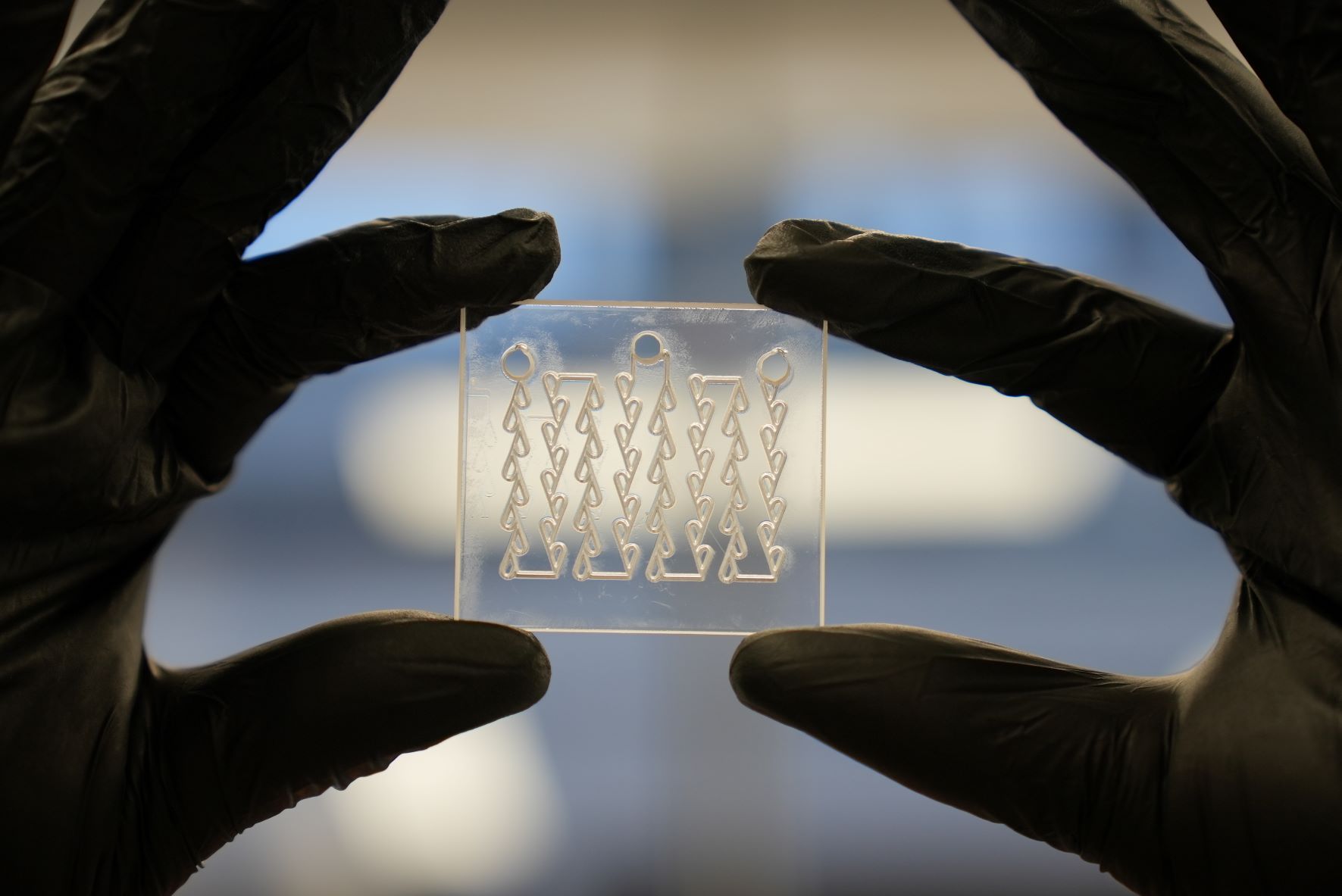 Has a wide green field ever caused you a sudden urge to start running? Or a broad empty road tempted you to step on the gas pedal? Wide spaces seem to inspire many of us to move quicker, while narrow paths slow us down and make our movement more cautious. Surely, this behavior can be led back to basic human instincts that assure our self-preservation, yet this example helps to illustrate how space has a direct influence on motion.

In physics, the field of fluid mechanics studies the behavior of fluids in certain environments or under changing circumstances. Although the term fluid can be misleading for many of us, we are not only talking about liquids. -A fluid can also be gaseous or present a certain viscosity, like a gel.- What determines a fluid is the constant flow of the material. Meaning, that due to external forces or its own inner tension – the so-called shear stress – the material is constantly deforming. You  could also say: a fluid always adopts the form of its container.
A special branch of fluid mechanics is the field of microfluidics. As the word micro already describes, this field studies the behavior, control and manipulation of fluids in really tiny spaces. We are talking about a size range from microliters -that’s the millionth part of a liter- up to femtoliters, the quadrillionth part of a liter- yeah, just write 14 zeros behind the decimal point.

As mentioned before, space has an influence on motion. In microfluidics material flows through microscopic channels where physical conditions differ in comparison to bigger tubes.
Therefore the size of the channel affects the stream, leading the frictional force inside a tiny tunnel to be higher than the inertial force of the fluid itself.

Short recap: Inertia could be described as the natural laziness of a body. Meaning: mass doesn’t really want to move until it is forced to do so by external forces. And even then, it presents a certain resistance. You have experienced this yourself while driving a car. The engine moves the car forward, accelerating you too, yet your body is pushed back into the seat in counter direction.
Meanwhile friction is caused when the surfaces of two different bodies slide against each other, which has a direct influence on their motion. In the case of the car, the friction against the pavement and the wind surrounding it is naturally stopping the vehicle, that’s why we have to keep stepping on the gas to maintain a constant speed.

Now, in a microchannel, fluids experience a lot of friction. If you consider how little fluid can run through a tiny tunnel, the surface of the tunnel wall seems huge in comparison.
In other words: The smaller the dimensions of the channel get, the higher the surface to volume ratio, causing the surface effects like wall friction to predominate.
This causes a special movement pattern called laminar flow, where fluids start moving in controlled layers- the ones nearer to the wall flow slower than the ones in the middle. This kind of stream is free of turbulence, which makes it hard to mix these fluids with other substances, yet it is easier to control.
At Stämm we use microfluidics to develop our bioprocessing devices. As the structure of leaves or our vascular system shows, all these microtubes and channels are originally present in nature. No wonder we interpreted them as the most natural setting for cell culture.
Yet, as you can imagine, this technique also causes new challenges. How does one collect samples from such small devices? How do we automate processes at this tiny scale?
Thankfully we reunited a unique team of experts that finds solutions to all these questions. Stay tuned!